Most air forces and the Belgian Air Force alike have their own Solo Display team. In Belgium, this is hosted by either Florennes in the south or Kleine Brogel located in the north. The goal of the solo display team, is to demonstrate the tactical manoeuvres of the F16, also during combat. All these intensive manoeuvres are demonstrated in a show in under 15 minutes where both the pilot and the F16 go into beast mode.

TDA Design created a concept case of what a demonstration livery could look like. Especially as an ambassador for the air force.

This colour scheme is inspired by the Belgian Red Devils (primarily the display team, not the football one). The red reflects as a metallic layer, adapted with a Belgian flag into it over the wings and the tail, and some metallic silver. This is a nice feature to have when you shoot flares out of the back so that the shape of the F16 illuminates brightly,

The trident on the tail reflects the strength and of course the Devil inside of the character of the F16. The black pattern shapes like a wing of a falcon. Also the name of the F16.

The nose, dipped in a nice semi-matt black to make the contrast more pronounced with the other colours applied on the jet. 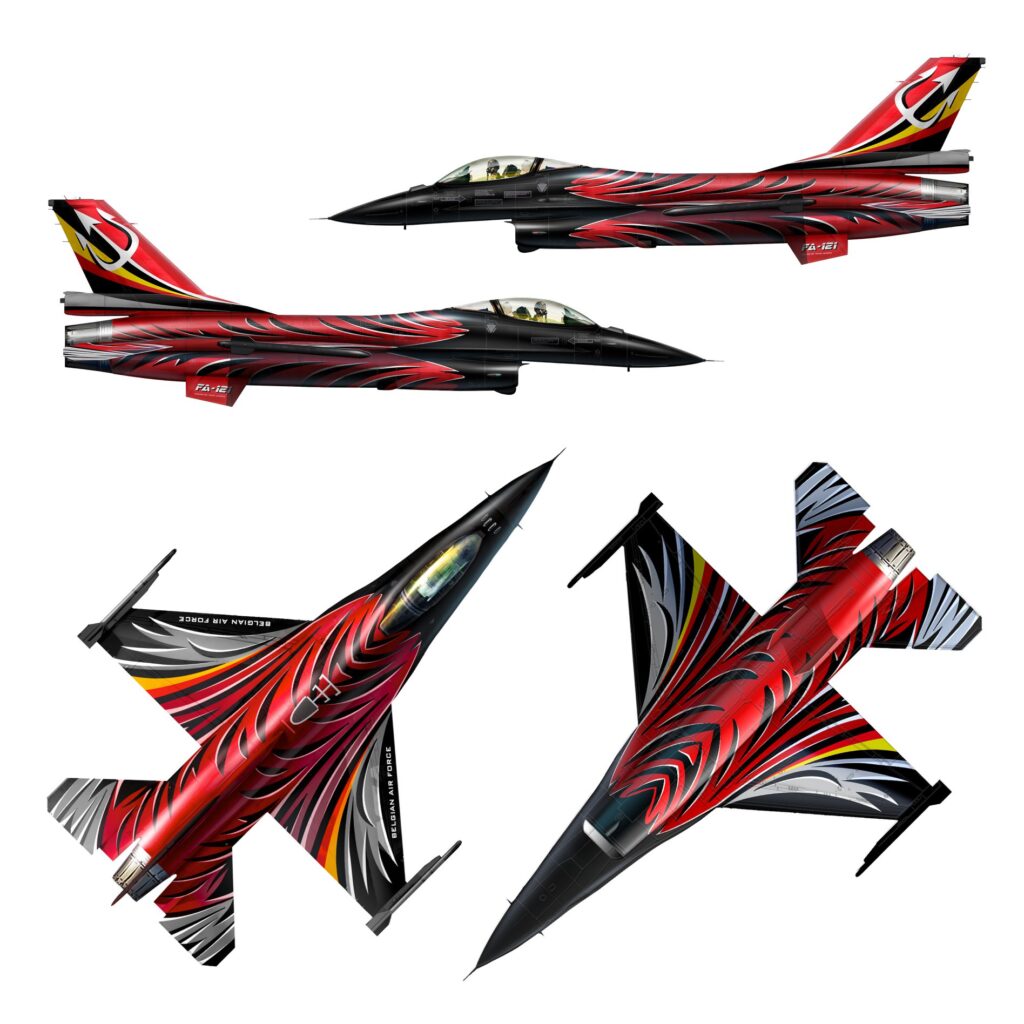 DEVIL IN THE MAKING